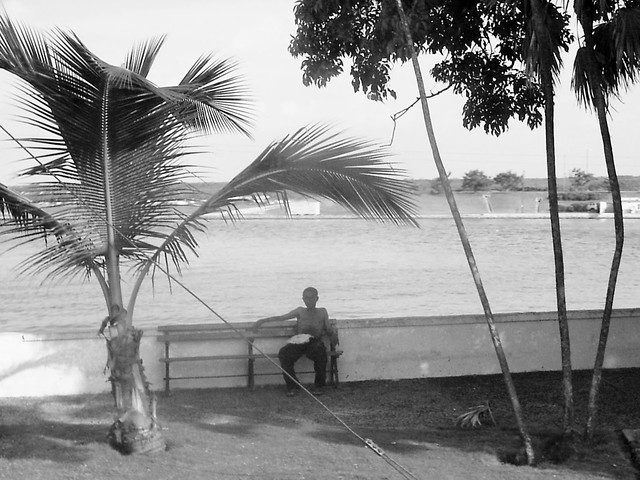 While my wife and I were visiting Havana, Cuba during our honeymoon in 2006 I happened to snap this shot while traveling through a small village. It is a simple photograph of a slender Cuban man sitting peacefully in the shade on a beaten up park bench.

I suppose to me this image symbolizes the shadow that US President John F. Kennedy cast on Cuba in 1962, and the struggles that Cuban citizens have had to endure while they wait peacefully and patiently for the attack on their economic resources to cease.